Psychonauts 2 is a sequel to the 2005 game Psychonauts, which was created by Double Fine Productions. The game is set in the head of protagonist Razputin, who has been tasked with finding and rescuing his kidnapped mentor, Coach Oleander. Players explore Razputin’s psyche as they complete tasks using their psychic powers.

The psychonauts 2 is a game that has been released by Double Fine Productions. It was released on PC, PlayStation 4 and Xbox One in 2018.

Double Fine’s Psychonauts 2 is a story-driven psychological adventure game. When you acquire a spare brain for Nick from the Otto facility, you may enter the Psy-King sensorium region. To get entrance to the senior mail room, you must restore Nick’s brain. There are different locations in Psy-King Sensorium, and you must locate 5 tags for all of the emotional baggage. The position of these tags, as well as where to locate the luggage, are listed below.

Suitcase Tag: After passing a waterfall region with a time bubble on a log, in the woods. You’ll come upon the location shown in the picture above. You must go to the left side of the space to advance. The luggage tag, however, may be found on the right side of the cliff.

Suitcase: In the backstage section of Psi-king Sensorium, where you initially spawn. A suitcase will be placed under the stage. Go directly from Raz’s position in the above picture to the room where you’ll discover the suitcase luggage. There’s also a purple-colored picture there that you may burn with your pyro talent to obtain a half-mind.

Streamer Trunk Tag: You’ll have a hard time missing this one at the Nose Mouth Shrine. Continue ahead after you’ve arrived at the area until you have to slow down two tongues, jump two trampolines, and locate the tag while reaching for the flood light.

Purse Tag: As shown in the above picture, this tag may be located in the backstage area.

Purse: In the concession stand, where you must maneuver through the throng. You’ll come upon a tower with a green ladder heading down when passing the first barrier via rope. You’ll discover the purse if you down the ladder as indicated in the top picture.

Hatbox Tag: You may find this tag at the Eye shrine area. You can acquire this on the first playing, and as you arrive to this location, slow down this huge fan as indicated in the picture above to switch on the lighting. You may use the pyro ability on the portrait shown in red in the picture above. You’ll get the hatbox tag when the picture burns down.

Return to the eye shrine region if you have already gone through the area on your first playing. After that, go to the second prism bridge. Look back from the second prism instead of utilizing the bridge to discover a route. Find the position of the hatbox tag from that side.

Hatbox: Hatbox is extremely simple to find; it will be on your left side, behind a camp, as you travel through the woods.

Dufflebag Tag: In the concession area, you’ll find this tag. As soon as you spawn in that location, look to your right for the purple blossom in the picture above, and behind it, you’ll discover the tag.

Dufflebag: Head over to the third prism in the eye shrine and leap down to locate the blue ladder. The duffel bag, as shown in the above picture, is located underneath the third prism. You may also hear the emotional baggage weeping sound if you stand on top of the third prism. 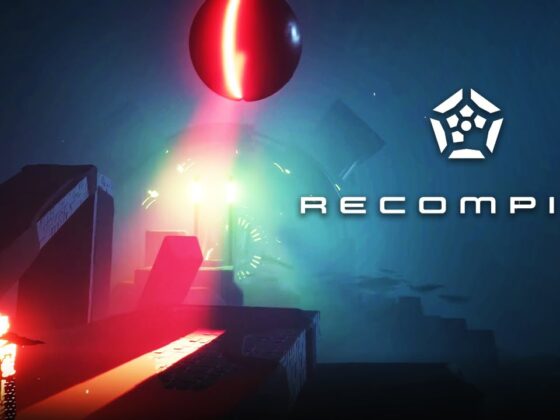